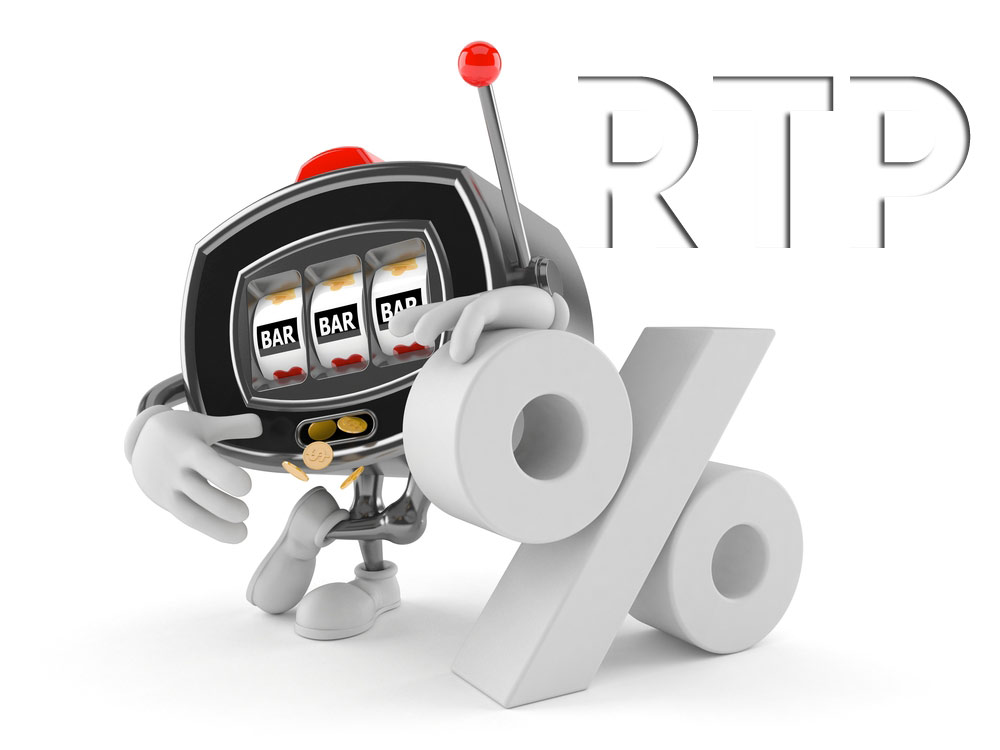 RTP (Return to Player) is the industry term to describe the percentage a slot game will pay back to the player over time. It is a rough means of understanding the chances of winning. If, for example, you bet £1 on a slot game with an RTP of 80%, you could — theoretically — expect to win back 80p per roll or £80 over the course of depositing £100. Because both RTP and the “house advantage” are statistically calculated over long periods of time, it does not account for chance winnings (or losses) of a greater return in the short-term, hence the exciting and unpredictable nature of a slot game despite its programmed RTP.

For the benefit of this article, RTP here commonly refers to online slot games and is essentially the opposite of the “house advantage” because it describes a player’s favourability. As such, if a “house advantage” sits at 20%, one could average its RTP at 80%. It is a legal requirement that all gaming machines (online and offline) clearly display their RTP as a percentage, as well as other information such as whether the machine is compensated or random in its payout. As we’ve discovered, RTP refers to the odds of winning a prize over time. But how is it calculated? The UK Gambling Commission advocates a test in which the results of a gaming machine are generated based on between 10,000 to 100,000 plays or more. This means that although an RTP may sit at 80%, you cannot actually expect to win back 80p as an average per roll every time you play. Instead, you should be re-assured that the chances of winning are greater with a higher RTP percentage, but that the play itself is random and not a thoroughly controlled and predictable medium. What’s more, there is no statutory minimum RPG for a game; developers are free to produce their own technology, their own RTP and their own payout rate – it just needs to pass testing and regulations, whilst displaying the outcome of this testing fairly for all to see. In the UK, you are likely to find online games that are tested by an independent facility like the Gaming Associates (GA). These facilities are accredited by several gaming jurisdictions worldwide.

Online casino slots and video slots have RTP percentages calculated alongside other numerical systems such as random number generators (RNG). In short, machines are often either compensated or random. Compensated games vary the chances of winning based on the outcome of the previous play. When such a machine has been paying out below its RTP percentage, it may become more generous to new play depending on the design. The reverse is also true, although the distribution of winnings / prizes are still determined by (programmed) chance. Random machines, conversely, are designed purely to be statistical in probability. The RTP is more controlled — to some extent — in a random machine, because the odds of winning remain at a constant; you are not affected by previous play.

Alongside these legal requirements, the gambling industry uses the term “hit frequency” to calculate the frequency in which a machine stops on a winning number/slot combination. If a machine is listed with a hit frequency of something like 4%, you can expect that the machine stops on a winning combo that many times. Again, these shouldn’t be thought of as an average as the element of chance and time also come into play. It is, however, worth looking up the hit frequency and RTP before playing a game. Although variation can be great (from as little as 3% to upwards of 45%), those games with higher hit frequencies usually have lower payouts. The gaming world often describes those with low hit frequencies as “tight” and those with higher frequencies as “loose”. This terminology is often carried over to the world of RTP; the higher the RTP the looser the game.